Summer seems to have disappeared all of a sudden, but if you feel nostalgic and would like to feel in a Mediterranean country, well this authentic Italian recipe should cheer you up.

There is a lot of talk in the wellness industry against carbohydrates. I believe that a balanced and sensible diet is always the best, and some slow release carbs are still needed by the body, especially if you workout.

You have to be clever on how you use them though. Make sure you have smaller portion of carbs, made from whole grains and simply add more vegetables to slow down further its sugar release. Not only, adding more vegetables will also decrease the actual quantity of carbs.

This particular recipe is made with organic wholemeal pasta (I used Biona) and has loads of vegetables. I used some tomatoes that were very ripe to be used for salads, while the aubergines can also be roasted in advance, which make this dish really convenient. Great for the whole family, and suitable for vegans. Great also for lunchbox.

Wash and cut the aubergines in big chunks, put them in a roasting tin with some olive oil, and a couple of tomatoes cut in half. Put the tin in a pre-heated oven and let them roast for 30min at 180 degrees.

In the meantime, put the garlic, a bit of chilli and some olive oil in a pan at low heat for a few minutes, without burning the oil, then add the roughly chopped remaining tomatoes. Sprinkle some oregano and sea salt to taste and let it cook at low to medium heat for 10 min. When the aubergines are ready add them to the sauce ( you might need to transfer the content in a bigger pan) and let them cook in the sauce for 2-3 min. Add the pasta, that you have cooked according to the packet instructions, serve and enjoy! This delicious seabream fillets recipe with capers vinaigrette and Italian rainbow salad is really easy and quick to make. It is great to use up some cos, romaine and spinach leftovers, whilst the crunchiness of the Romano pepper make it more interesting and filling. Rainbow […] Some days you need pasta! This spaghetti with tomatoes, black olives, and feta cheese recipe, pulls all the stops. A healthy pasta recipe, it is delicious, easy to make and light. SUSTAINABLE & LIGHT It can be made with leftover tomatoes and leftover crumbled feta […]

I am Health Coach, recipes developer and Pilates teacher based in London and working with clients all over the world. My wellness articles and recipes have been published all over the world, and even featured on VOGUE Japan. My blog The Healthy Gourmet has been nominated among the UK TOP 10 Health Coach Blogs to follow in 2018, 2019 & 2020! I can work with you, to help you achieve the healthiest & happiest version of yourself, to live life to the full! 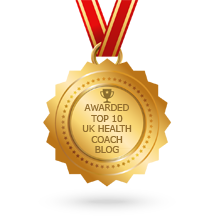 GET HEALTHY WITH ME MY MOST POPULAR POSTS FIND A JOB IN HEALTHCARE FIND US ON YUMMLY